“Ignoring Online Marketing is like Opening a Business but not telling anyone.”

Thought of an adhesive, Email marketing has turned one. More like glue, today marketing world is all bound up by Email marketing. Perhaps, people might think how is Politics all affected? Politics, the subject itself craft people’s attention. And when Email Marketing gets wrapped in it, it gets serious.

May it be Barrack Obama, Hillary Clinton or Donald Trump; Email marketing has been a game changer in each one’s political career. It has evolved as a powerful tool, enabling all these leaders to connect to their audiences’ thoughts.

The U.S Presidential Elections 2016 is a live example of how vivid Email marketing can be. It all started in 2008, with Obama gearing up for his massive election campaign. He employed Digital Marketing effectively, reaching out to more than 15 million people and raised a whooping fund of $700 million, prior to 2012 campaign re-election.

But why has Email marketing become so important to elections? The era of social media, technology and digital marketing have carved the world around us. Email marketing is not confined to only sending mails, but has evolved newer heights. According to a survey, around 70% of online exchanges take place on mobiles. With imaginary support for cookies in web browsers, there has been a rise in display ads across various channels and devices.

But the big time question is how Email marketing strategies are changing the face of politics today? 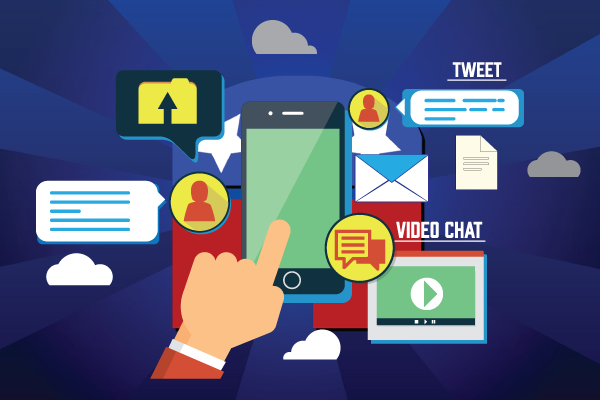 Digital marketing acts as a fundraiser tool. Forming a major source of donation, emails primarily aim at persuading followers to donate. In fact, a survey reveals that 60% of donors who donated to Hillary Clinton’s election campaign were motivated by emails sent to them. The same for Donald Trump turned out to be 20% only. With a boost Hillary’s team, started posting job openings through digital, engineering and analytics spheres encouraging the youth. Data were assembled based on previous experience and knowledge on A/B testing, headlines and content optimization. With planned campaign strategies, Hillary has earned an edge over Trump political gesture.

Trump on the other hand, couldn’t reach out to his audiences effectively. As per a report nearly 65% of the emails rolled out, did not make it to the recipients inboxes. Most of the mails sought as fund raisers had a low open rate and marked as spam. A record also reflected that 15% recipients actually opened the mail and 5% deleted it without opening. Considering this failure as a learning lesson, it’s essential for Email marketers to recognize their domain always.

Online Ads crafting a New Face to the Election 2016

Till now, political advertisers trifled the Internet. Internet counted for low investment, but an of late prediction inflicts a story change. A predicted budget of $1 billion dollars, for the elections 2016 digital ads marketing has broken all existing records. In 2008, digital ads spent accounted for $20 million out of a total budget of $6.5 billion dollars.

It shows why political campaigns have embraced online advertising. Since the success rate in reaching out your message to common people is 100%.

Technology evolution has marked a permanent spot for Email marketing. Today, personalization is the need of the time. Gone are the days when marketers used the spray and pray technique. Individuals expect marketers to understand them personally, but not in group. Personalized emails tailored to individual recipients have to be sought out to communicate better. Emails not subjected to individuals might fail to connect your intentions.

Mails need to be subjected to Adam, who’s an advocate, has 2 children, believes in gun control laws, and is likely to support a candidate on whom he believes in.

The Business Model, does it get affected?

Well, the answer is yes. It does not matter whether you have a great political career or people’s preferences are on you. Email marketing can lead a graph on your success or failure rate. Brands have to look for diverse ways to gain access to their prospective audiences. A personalized channel needs to be incorporated on targeting people below 30 or above 50 years through online outlets. Bring out the personal touch in your subject lines by adding name, their occupation, etc.

It’s a battle between Trump and Clinton on who succeeds to reign the White House. Whose digital figure earns more funds from supporters can be graphed out, based on how successful their online campaign strategy is.

But it would be too early to comment having a long way ahead for the candidates. Anyways, I think the candidate with best Email marketing strategies may stand as the winner.