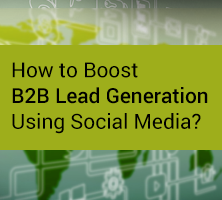 Marketers will agree that social media plays a vital role in shaping their brand’s image. Yet, many struggle to effectively use how leverage social media to generate qualified leads and ultimately boost revenues.

Today a lot of B2B firms stink at the performance of social media. But the way today’s market environment has been social media-saturated, B2Bs just can’t afford to stink their potential.

Social media is not just another tool to round out your marketing strategy. It is the most cost-efficient method of driving sales. It boasts a user base of many billions in one compacted medium. Making it easier than ever before to pinpoint your most probable buyers, that too without leaving your desk. Marketers always aim to create brand awareness, but at the end of the day, it all comes down to just one thing, B2B Lead Generation.

Here, are few Lead Generation tips through Social media, which as a B2B marketer, you should focus on. 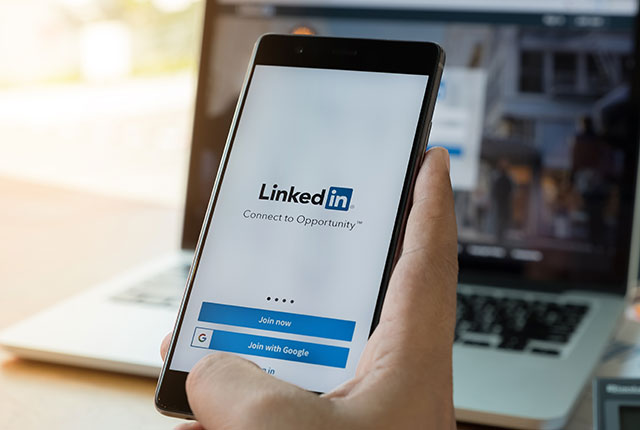 B2B marketers just love LinkedIn. Every 9 out of 10 B2B companies are using LinkedIn. There is a prime reason for this: LinkedIn is very effective at securing leads.

The goal of most of the B2Bs isn’t just traffic generation. But to also generate the right kind of traffic. More particularly, its getting leads from that traffic.

That’s why LinkedIn has been the social media sweet spot of most B2Bs. LinkedIn does for B2Bs what Facebook, Twitter, Google+, and Pinterest have all failed to perform. It easily gains professional connections achieving single goal.

It’s not that Facebook, Twitter, and all the rest are more personal and less professional than LinkedIn. LinkedIn brands itself as a professional networking site.

There can’t be a successful social media campaign without a successful content marketing campaign. They’re like two links in an indestructible chain.

Content Marketing is one of the best methods of B2B Lead Generation, by creating brand awareness.
Content may include blog posts, images, videos, infographics, and much more.

So, equal time should be devoted to content promotion, as done while curating it.

Be calculative when deciding the timings and frequency of your social media feeds and posts. Don’t lose the perception of the long-term goals set: identify that when and why you want to create a kind of buzz, and use those conclusions to form a schedule.

It’s less effective when randoms posts are fed carelessly at unplanned intervals. Keep your company’s calendar and the times your audience is most active online in mind.  For an instance, dropping daily posts for several days till there is the product announcement can be impactful.

Figure out a Compelling unboring angle

A lot of B2Bs are boring. At least for themselves, they consider as boring  and uninitiated. Their self-perception as a boring company becomes a self-fulfilling prophecy. As because they think themselves boring, they act too boring. Also they write boring. They do social media boring.

Each B2B with an unintelligible product or service has to develop an angle that’s both appealing and understandable to a wider audience. This allows them in creating an initiative or idealize options to gain tractions on the social media.

Social media amplifies news of a partnership or a one-time collaboration, highlighting both the merits of your partners, as well as the new opportunities for your clients this presents. However, you need not always be actively involved in the project along with your partners to show your appreciation on social media. You can show support on your social media channels by sharing their Facebook posts, retweeting or favoriting their Tweets, highlighting their profiles or sharing their works published on LinkedIn.

Engaging with your partners on social media helps in maintaining your professional association through a non-invasive and consistent manner.

B2B companies are often challenged in terms of social media usage, because they don’t hire the right personnel to manage their social media efforts.

It’s important anyone who’s leading a social media initiative needs familiarity with the industry. But B2Bs also calls for someone who’s a social ninja. Why? It’s because B2B markets social media resembles to the nut hard to crack. It’s not inherently sexy or awesome. It doesn’t automatically generate buzz. It generally takes the social media expert to unleash the hidden power in B2B social firms.

The company along needs people who potential to develop notable movements on social media, reshaping the brand’s voice and expanding their reach. It’s not just status updates. It’s an entire identity creation.

In the next few years, I predict that we’re going to see more and more B2B markets become really good at social media.

Let us know what techniques do you use with B2Bs increase your traffic on social media?